What is hidden from you?

Ebor is a small town in northern NSW with a population of 166 people. It has one café, one hotel and one waterfall. I stopped there for lunch during my 5 hour drive home from Armidale where I had given two talks.

I ordered a vegetable lasagne and salad from Fusspots Café and asked to use their bathroom.

‘I’m sorry it’s out of order,’ replied the friendly woman serving me. ‘You’ll have to drive two blocks west to the public toilet.’

‘No problem,’ I responded, ‘I’ll run the two blocks to get some exercise. By then you’ll have heated my lasagne to the perfect temperature.’

After running more than two blocks I still couldn’t find the public toilet so I went to the hotel instead. As I approached, I saw a large sign on the door. It  read: ‘NO you cannot use our toilets unless you are a guest of this hotel.’ I opened the door nonetheless and poked my head in.

‘I was going to ask if I could use your restroom but I’ve just read the answer,’ I greeted the woman behind the counter.

She responded with a smile: ‘I didn’t write the sign so as far as I’m concerned you’re welcome to use the restroom.’

I thanked her, completed my business and ran back to the café. Before entering, I went to my car for my water bottle so I could refill it for the rest of my journey. I reached into the side pocket of my handbag where I always put my car keys and … my car keys weren’t there. How strange. I was sure I’d put them there as usual. Well actually I wasn’t sure because I do it without thinking. But why would I not have put the car keys where I always put them? Maybe I’d accidentally placed them in another compartment in my handbag?

I went to my table in the café, tipped my handbag upside down and sorted through every item. No car keys. I went to the woman who had taken my order and asked if she’d noticed a set of car keys lying around. No.

So she announced to everyone in the café that I was missing my car keys and had anyone seen them? No.

Maybe I still had them in my hand when I went to the restroom and they were lying by the washbasin at the hotel? My appetite had evaporated so I asked that my lasagne be kept warm while I ran back to the hotel to find my keys. This time I wasn’t in the mood to run but I had no choice. After searching every corner of the bathroom, and after a similar announcement had been made to all the hotel patrons about my missing keys, they were still nowhere to be found. I took a deep breath. Maybe I’d placed the keys in my pants’ pocket and they had dropped out while I was running. I slowly retraced my steps back to Fusspots. No keys.

By this stage, everyone in town was searching for my keys both inside and outside the café. The waitress brought out my lasagne. ‘I can’t keep heating this up. Why don’t you have something to eat? When you stop thinking about the keys something might occur to you.’ I reluctantly agreed.

Eating mindfully while my mind was racing was a challenge. Wild scenarios played out in my head. How could this have happened? How could I have been so careless?

‘Are you sure you checked your handbag properly? Handbags can be a bottomless pit,’ the waitress interrupted my unhelpful cogitation.

‘I tipped everything out.’

‘Tip everything out again.’

I did as she suggested. No keys. As I picked up my handbag to put everything back inside, I accidentally dropped the bag. I heard the distinct clink of keys hitting the ground. Huh? I l peered into the bag but couldn’t see any keys. I put my hand inside and ran my fingers along the lining. I felt the shape of my keys! But I couldn’t get at them because they were underneath the lining. I examined the side compartment. Sure enough there was a hole just large enough for my keys to slip through and disappear between the lining and the leather. Eureka!

I pulled out my keys and everyone cheered.

During the 4 hour drive home I reflected on my experience. I had never really lost the keys. They were in their usual place but hidden from me. It was only after someone else encouraged me to look again that I discovered them.

How often are things hidden from us because we don’t know they are there?

What strengths, skills and talents do you possess that are hidden from you because you haven’t looked deep enough inside yourself to find them?

Why do we usually look for answers outside ourselves when the key lies within? What does ‘looking within’ even mean?

What is the elusive key that we all possess but that seems to slip away from us?

Join me at my next NeuroSlimming retreat to find out! 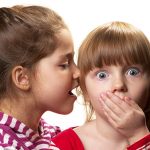 To Tell or Not to Tell?Personal stories 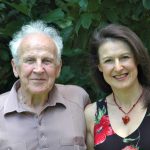 My Father’s Answer to everythingPersonal stories