What boosts our brain more than vitamins and minerals?

A study in the New England Journal of Medicine December 2019 recorded brain size, levels of BDNF* and various aspects of cognitive function in five men and four women who lived at the German Neumayer III station in Antarctica for 14 months. Extreme environmental conditions meant that all nine individuals were subjected to prolonged periods of physical and social isolation. MRI scans at the start and end of their secondment revealed a 7% reduction in the volume of the dentate gyrus in their hippocampus — an area of the brain critical for memory formation. Several other grey matter regions shrunk by 3 to 4%. These physical changes were accompanied by a decrease in BDNF* and a drop in their spacial processing and selective attention. A comparable group of subjects who did not experience social isolation saw no such brain changes. Social deprivation leads to a smaller brain and diminished mental functioning.

*BDNF stands for brain-derived neurotrophic factor and it acts like a fertiliser for brain cells. It stimulates the growth of new neurons and increases the number of connections between them. More BDNF equates to having a better memory and being able to learn more easily.

A study of 1138 men and women with healthy brains and an average age of 79.6 years were followed for up to 12 years. After adjusting for the influence of socioeconomic status, physical exercise, emotional wellbeing and overall health, those who were the most socially active experienced 75% less cognitive decline (as assessed through annual tests of brain function) than those who were least socially active. Countless other studies involving hundreds of thousands of people in their latter years have likewise found that limited social networks are associated with increased risk of developing dementia, while high social engagement reduces cognitive decline and protects against Alzheimer’s. Stronger relationships lead to a stronger heart which leads to a stronger brain. (Yes, you can die of a broken heart.) Stronger and more satisfying relationships also have a direct positive impact on our brain.

Many researchers describe positive social interactions as our brain’s most potent vitamins and minerals. There are several mechanisms by which relationships nourish our brain.

I know that promoting social interactions is a challenging proposition when we’re trying to protect vulnerable members of our community from infection. However, we’re a resourceful species. If we’re able to get a man to the moon, we’re able to figure out how to create and maintain meaningful social relationships. It’s a matter of recognising the importance of it. Love always finds a way.

Please forward this Health-e-Byte to anyone who is interested in brain health.

Click below to read other Health-e-Bytes in this relationship series:

Part 2 – A friend a day keeps the doctor away

Part 4 – What’s the most powerful habit that prolongs life? 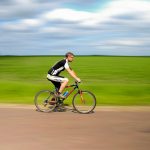 You can boost your brain in 10 minutes!Brain Boosters 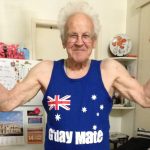 Our muscles talk to our brainBrain Boosters, Exercise