What are the best brain foods?

Changes in gut bacteria have been linked to several degenerative brain conditions like Alzheimer’s and Parkinson’s disease. This prompted scientists to compare mice on a regular mouse diet with mice fed foods rich in a prebiotic called inulin. Prebiotics are non-digestible fibres in fruit and vegetables that serve as food for good gut bacteria like Bifidobacteria and Akkermansia.

The result was that the inulin-fed mice showed improvements in mental function, less anxiety, and a healthier hippocampus, which is the region of the brain involved in memory and learning.

To explore the findings in more detail, Ryan Phelan and Sally Obermeder from Channel 7’s The Daily Edition asked Dr Helena some important questions. Here is a transcript of their conversation.

1. Which foods – other than garlic and onion – are rich in inulin and reduce brain inflammation?

2. What about probiotic supplements? Do they help?

When the mice were given probiotic supplements, they didn’t see improvements in mental function. I think the reason that probiotics didn’t make a difference is that we still haven’t worked out the exact mix of probiotics necessary for optimal brain health. But if we eat the right foods, the right bacteria will flourish.

The most important take-away from this research is that what we eat in middle age lays the foundation for good brain health in later years. But it’s never too late to improve diet and memory.

3. What other foods improve memory?

I. Top of the list is to eat your PURPLES. Purple fruits and vegetables – like eggplant, beetroot, cabbage, purple sweet potato, blueberries (which are actually purple), black rice, purple grapes and sour cherries – contain an anti-oxidant called ANTHOCYANIN. Anthocyanin lowers blood pressure and reduces inflammation and this improves mental processing.

II. Dark leafy GREENS and all vegetables and fruits confer brain benefits. Different colours indicate different vitamins and minerals so get colourful. In general the brighter or darker the colour, the higher the anti-oxidant content. Deep purple sweet potatoes for instance can have 4 times the anti-oxidant concentration of other varieties of potatoes. Don’t peel your fruit and vegetables. Wash and scrub them to remove pesticides but eat the skins because they contain insoluble fibre which your gut bugs thrive on.

IV. Putting it all together, people who eat a MEDITERRANEAN diet have less depression and dementia.

4. What about foods to avoid?

I. Avoid soft drinks! The sugar goes directly to your brain and damages signalling between neurons, increases toxic molecules in the brain, and diminishes the ability to learn and remember information.

II. Not only soft drinks, but all the sugar added to 80% of products on supermarket shelves is eroding our brain: juices, sauces, breakfast cereals, muesli bars, flavoured yoghurts, frozen meals, and of course sweets, pastries, cakes and biscuits. Add up all the sugar in the packaged food you eat – just look at the back of the pack – and if you’re having more than 24 grams a day (that’s 6 teaspoons) it’s too much. Men can probably get away with 30 grams (7 1/2 seasons) and children no more than 16 grams (4 teaspoons). Most people are consuming more than 4 times these amounts without realising they’re doing so. The WHO (World Health Organisation) has warned that sugar is the new booze and we need to put limits on its consumption.

III. The third thing to avoid is anything that calls itself a vegetable oil because these oils are highly processed seed oils that contain omega-6 fatty acids and cause inflammation throughout the brain and body. Therefore the oils to avoid are: margarines, soy bean oil, safflower, sunflower, corn oil, rice bran oil and canola oil. This may come as a shock to many people because they’re the very oils we’ve been told are healthy. But scientists got it wrong and doctors are now doing a big back pedal about the dietary advice they’ve been giving. The healthy oils to consume and cook with are olive oil, coconut oil, avocado, butter, ghee and lard.

IV. The other important thing to avoid is negative stereotypes. A study compared memory loss between 3 groups of over 70 year olds: 1. the average American 2. people who were born deaf and 3. mainland Chinese. Even though midlife hearing loss is a risk factor for dementia, being born deaf is not. So were there any differences in memory loss between the 3 groups? Yes. The average older American has a worse memory than deaf Americans and mainland Chinese elders. Why? Because of their beliefs. Americans believe that ageing is associated with memory loss whereas Chinese and deaf communities associate ageing with gaining wisdom. They don’t hold negative stereotypes and therefore don’t live into them. Our beliefs play a major role in determining our abilities as we age.

5. Are there vitamins or mineral supplements we should be taking?

When it comes to vitamins and minerals think Goldilocks. Not too much and not too little. Balance is essential. So I do NOT recommend supplements unless you’ve had a blood test with your doctor that shows you’re actually deficient. The most important vitamins to look for in relation to brain health are:

I. B12 deficiency because this can lead to permanent brain damage. As we age, changes in our stomach reduce our ability to absorb B12. If a blood test shows you are low in B12, you’ll need to take a tablet that dissolves under your tongue, not a tablet that you swallow. B12 is only found in animal products like fish (especially shellfish and crab), dairy, liver, meat and poultry so if you’re vegan, take a supplement or a regular injection – or find foods that are fortified with B12 – eg tofu often has B12 added to it.

III. There’s a lot of hype around curcurmin/turmeric because it has anti-inflammatory properties and is consumed in large amounts in India where there is less incidence of Alzheimer’s disease. At this stage, scientists are cautiously optimistic about turmeric’s memory-boosting benefits.

6. What are your other memory-boosting tips?

I) Physical exercise is essential. Not only does a walk a day keep memory loss away, strength training is strengthens cognition. Lifting weights and maintaining your muscles helps to maintain your memory because it stimulates the creation of new brain cells and new connections between existing brain cells.

II) Good quality sleep consolidates memories. Students are much better off sleeping than cramming the night before an exam.

IV) Understand that stress hammers our memory because the stress hormone cortisol attaches to cells in the hippocampus – the learning and memory warehouse of the brain – and causes the cells to die.

VI) Never stop learning new things – use it or lose it. Enrol in a course at the University of the 3rd Age, take up a new hobby, learn a new skill and keep setting meaningful goals.

This interview originally featured on The Daily Edition, click here to view. 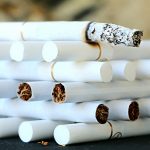 Sitting is the new smokingBrain Boosters 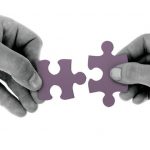 Solve this puzzle to save your brainBrain Boosters