To Tell or Not to Tell?

Since moving to the Gold Coast I‘ve debated with myself about whether or not to tell new acquaintances and neighbours that Dad has dementia. The reason for my reluctance is the observation that labels and diagnoses such as ‘dementia’ can be limiting to both the person being labelled and the person interacting with them. Dementia often instils sadness and uncertainty about how to engage with Dad. He in turn senses a person’s hesitancy and withdraws – so any sort of interaction becomes all the more strained. When I don’t mention anything, people are charmed by his smile and happily chat with him, which brings out his gregarious nature. Sooner or later they notice that he repeats himself but they put it down to his age – he turned 85 a few days ago.

Dementia is still very much a medical anomaly. It’s a broad and imprecise umbrella term for over 100 conditions manifesting as progressive – and to date – irreversible cognitive decline. With respect to my father, yes he has profound short term memory loss. Yes, he has difficulty focusing and is not able to learn new skills. Yes, he gets confused and disoriented. And yes, he has been given a diagnosis of dementia on the basis of his performance in a series of mental tests. However Dad himself is unaware of this diagnosis. From the beginning I felt very strongly about protecting him from a label that I knew would not only damage his self confidence but compromise his will to live. Dad had said to me on numerous occasions, ‘I’d rather die than have dementia and be a burden on you and society. I don’t want to live if my mental faculties are not intact.’

I am terrified that if he knew of his diagnosis, he would give up on life. Similarly when I was writing In Search of My Father, I didn’t tell him I was writing a book about him. But somehow he found out. From that moment on, he kept asking when he could read it. Why did the dementia never kick in when I needed it to? Most newly acquired information is gone from his memory within minutes. But the fact that I was writing a book about him seemed to be permanently etched into his grey matter.

So how was I to deal with Dad’s constant entreaty to read my book? I determined that my only option was to write a special edited version of the book, just for Dad. My publisher raised his eyebrows at the idea of printing a one-off edition of a book, but he humoured me nonetheless. The content of Dad’s version is essentially the same – I haven’t altered any of the facts. I have merely removed reference to his diagnosis of dementia because my approach with him is to focus on things he can do, rather than the things he can’t do.

I lost one parent to a label. I don’t want to lose another parent in the same way. As soon as my mother was told she had lung cancer, she gave up all hope of surviving longer than 18 months. She was a textbook case. She responded exactly as the statistics predicted because she knew the statistics and she believed them.

All too often we take on the identity of the labels we are given, and once our self image conforms to a diagnosis, it becomes our destiny. This also applies to labels we give ourselves. Do you perceive yourself to be a ‘poor communicator’, ‘comfort eater’ or have a ‘slow metabolism’? Rephrase your self talk so that you realise your labels are not who you are. Everything we perceive about ourselves is a behaviour or condition that can change or at least improve. Sometimes I communicate effectively and at other times I don’t. This perspective enables me to learn skills to improve my communication. Perhaps there are times you use food for comfort. This is the result of a brain circuit firing through previous conditioning and one that you can rewire.

Even though Dad has said to me countless times, ‘If my mind goes, I don’t want to live,’ he has had more joy in the last few years than he ever thought possible. He may have cognitive deficits, but that’s not who he is and not how he needs to define his life.

I am not suggesting that we live in denial or do away with diagnoses. Nor do I believe in withholding information from someone who wants to know exactly what is going on and what they can do about it. What I am suggesting is that some people are motivated to defy their diagnosis whereas I believe that Dad would have succumbed to it.

Everyone’s journey is unique and I am not advising anyone what to do in their particular circumstance when it comes to a medical diagnosis. I simply want to remind you that hope and optimism are the most important elements in healing because they give us strength and open our hearts and minds to exploring new options. This applies to both the carer and the person who is being cared for. I believe there is no such thing as ‘false hope’. Hope is hope. It is not a guarantee, but a window of possibility. Dad’s version of the book shows him how he has contributed to my life and that of the people around him, without frightening him about dementia. I believe that Dad’s version of the book has contributed to his healing – even though he tells me mischievously ‘Couldn’t you have found a more interesting subject than me to write about?’ 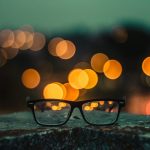 What is hidden from you?Personal stories