It’s Never Too Early to Start Boosting Your Brain

Last Saturday (7th January 2012), there was an article on dementia in both the Weekend Australian and the Sydney Morning Herald.  Both were a response to a study on brain functioning recently published in the British Medical Journal.  The study confirmed that while worsening of mental functioning is more marked in older age groups, damage to the brain begins decades before clinical symptoms of memory loss or dementia appear.

This does not mean that a downward slide in cognition is inevitable.  What we eat, whether or not we exercise, how much we drink, how we think, whether we’re actively learning new things and whether we’re bored with our jobs in our 30s, are all factors that sow the seeds of our mental functioning in our 60s and beyond. That means it’s never too early to start boosting our brains – in fact it’s essential that we get into healthy brain habits during our twenties.  Why?  Because other studies have found that the habits and routines established in our lives by age 29, tend to stick for the duration of our lives.  Of course it’s possible to change, but it takes more effort to do so at age 37 than at age 27.  If you exercise regularly at age 29, you are likely to be doing so at age 39, 49 and beyond.  If you’re happy at age 29, you’re likely to be happy at 59.  If you have a strong social network at age 29, you’re likely to have supportive friends at 59.  We are enormous creatures of habit with respect to everything we do and even how we feel.  So choose your good habits early in life and they’ll serve to protect you from dementia and keep your brain in top shape for life.

If you’re reading this and you’re over 29, don’t despair!  That’s where neuroplasticity kicks in: we’re able to change our brains at any age; it just takes a little more perseverance and persistence the older we get.  But the older brain is better able to see the bigger picture and know it’s worth the effort! 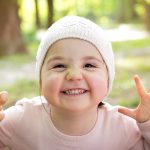