When Jason van Genderen’s father became terminally ill with cancer, Jason started filming their lives so he could create a lasting family legacy. Not long after his father passed away, his Dutch mother Hendrika (who unwittingly became Everybody’s Oma on social media) was diagnosed with Alzheimer’s and vascular dementia. Dementia is an umbrella term for more than 100 different diseases that lead to progressive decline in brain function. Symptoms can include memory loss, confusion, repeating oneself in conversation, sensory deficits, communication problems, personality and mood changes, and inability to plan or follow instructions. Alzheimer’s and vascular dementia are the two most common types of dementia, and they often occur together, as they did with Oma and my own father.

Jason, his wife Megan, and their two incredibly empathic young children decide they will all pitch in and look after Oma at home. So began their heartwarming — and simultaneously heartbreaking — adventure with dementia. Last week I was privileged to to attend a preview of their documentary Everybody’s Oma.

I believe this is a significant film on many levels. Firstly, dementia is more common than most people realise. World-wide, someone is diagnosed with dementia every THREE SECONDS, and in Australia alone, 250 people are being diagnosed with dementia every day. Secondly, dementias are a misunderstood group of diseases. Although there is no medical cure to date, a diagnosis of dementia is not an end point, but a starting point. It can be the start of a healthier way of living, and it brings into sharp focus the things that really matter. When we focus on what is strong, not wrong, we can slow progression of the disease and enable a person with dementia to continue contributing to the lives of others. They are still capable of experiencing love and joy, and they teach us one of life’s hardest and most valuable lessons: to appreciate the present moment — the one thing we all share. When our ability to remember and make plans slips away, what remains is the here and now. The here and now is where life happens for all of us.

Dementia also teaches us that ‘hard’ is not synonymous with ‘bad’. When something feels hard, it can reveal our hidden strengths and dormant creativity. The van Genderen family certainly demonstrated ingenuity when COVID reached their shores and robbed Oma of her outings and routines.

During the Q&A after the film, Jason and Megan were asked if, in hindsight, they would do anything differently. They both responded the same way: rather than go it alone in caring for Oma, they would more readily accept assistance from others. Simple things like a friend taking Oma for a walk or playing cards with her, would have given them much-needed respite. All of us can make a positive difference to a family touched by dementia. By raising awareness, the film helps to reduce stigma and start important conversations. It opens on 11th August at cinemas throughout Australia. 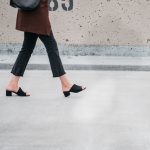 What does your walk reveal about you?Brain Boosters, Exercise 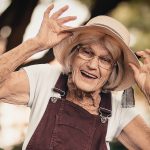