How can flossing your teeth reduce your risk of Alzheimer’s disease?

Samantha Brett and Ryan Phelan from Channel 7’s The Daily Edition asked Dr Helena to provide some answers. Here is a transcript of their conversation.

1. How can gum disease lead to Alzheimer’s?

One of the bacteria that causes gum disease called Porphyromonas gingivalis can travel to the brain and damage areas involved in memory and learning. So if you have bleeding, receding or sore gums, get them treated.

In people who already have Alzheimer’s disease, the worse their gum disease and the fewer teeth they have as a result, the quicker the decline in their mental functioning.

Several studies supporting these finding have been published in journals such as Science Advances, Experimental Biology and PLOS One.

2. Does regular brushing and flossing help?

Yes definitely. We need to do both – brush and floss daily – preferably twice daily.

However do NOT brush too vigorously and use the softest brush you can find because over-brushing can allow mouth bacteria to enter the bloodstream and get carried to the brain.

If you get build up of tartar you won’t be able to remove it by ordinary brushing. Tartar has to be scraped off by a dentist.

3. Are there any drugs being developed to treat gum disease?

Yes. Molecules have are being developed that block the toxins (called gingipains) produced by the bacteria. Melbourne researchers are also trialling a vaccine against the bacteria but it’s still several years before we’ll have definitive results.

4. Is there evidence that hearing loss is a risk factor for Alzheimer’s disease?

Yes. If you don’t hear well, the part of your brain that processes sound doesn’t receive the stimulation it needs to stay healthy and it starts to shrink. Any brain shrinkage increases risk of dementia. Furthermore, if a person doesn’t hear all the conversations around them, they lose confidence and become less socially active which increases the risk of dementia even more.

A 4-year study from Johns Hopkins School of Medicine in Baltimore tested 639 adults between the ages of 36 and 90. Those who suffered from hearing loss that wasn’t addressed were more likely to develop dementia. And the greater the hearing loss, the earlier the onset of dementia. So the message is not to delay getting hearing aids.

My father was very resistant to wearing hearing aids so I asked the audiologist to make me a fake pair so I could say to Dad every morning: ‘Two for you and two for me.’ I would then walk around with compromised hearing because it was like putting plugs in my ears. Luckily he’d forget after a few minutes and I could take them out.

Maybe that’s nature’s way of compensating for the excessively loud music played during gym classes. The loud music would lead to hearing loss but the exercise cancels out the damage!

6. Losing your sense of smell could also be a sign of impending Alzheimer’s disease. Is that true?

Yes. A 6-year study of people aged over 79 published in JAMA Neurology found that the less they were able to identify a variety of smells (banana, chocolate, cinnamon, petrol, lemon, onion, paint thinner, pineapple, rose, soap, smoke and turpentine) the more likely they were to have short term memory loss and develop Alzheimer’s disease.

We’ve always known that smell is the sense most closely linked to memory. The aroma of a particular dish takes you back to your childhood. Or a specific perfume immediately brings to mind someone you knew who wore it. That’s because of the extensive communication and close proximity between the two regions of the brain.

7. Can you explain how a change in sense of humour could also be a warning sign of Alzheimer’s disease.

Humour is a particularly sensitive way of detecting dementia because it puts demands on many different aspects of brain function such as understanding double meanings, puzzle solving, emotion and social awareness. And research has shown that changes in sense of humour can appear nine years before any other symptoms of dementia. So it’s a very early sign.

Specifically, people with Alzheimer’s disease or a type of dementia known as  fronto-temporal (FTD) lose their ability to understand satirical humour. They don’t comprehend irony or exaggeration and they start to take everything at face value.

People with FTD also tend to laugh at things other people would not normally find funny, for instance a barking dog or a serious news story.

8. Is there any positive news about Alzheimer’s disease on the horizon?

The more meaning and purpose we feel we have in our lives, the less likely we are to develop dementia. In a study at an Aged Care Home, residents were all given a pot plant but half of them had to water it and look after it themselves while the other half had a nurse tend to the plant. Residents who were responsible for the plant themselves were healthier and lived longer than those who had the nurse look after it.

So it’s very important to continue to give people a sense of purpose – even something seemingly small can make a significant difference. 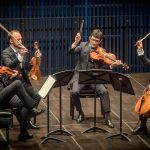 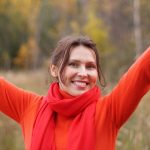 Being optimistic boosts your brainAlzheimer’s disease