September is Dementia Awareness month and ABC radio Gold Coast asked me to dispel the most common myths about dementia and Alzheimer’s disease.

Below is a transcript of our conversation.

You can also listen to our discussion here.

MYTH #1: Are dementia and Alzheimer’s disease the same thing?

No they are not the same. Dementia is an umbrella term for about 100 different diseases of the brain. Alzheimer’s disease is the most common type of dementia and accounts for 60-70% of cases of dementia.

No. Most cases of dementia are NOT hereditary but there are some exceptions. Just because your parents had it doesn’t mean you will too.

MYTH #3: Is dementia essentially a disease of older people?

Although it is much more common over the age of 70, certain types of dementia can strike as early as age 40 or 50. These are usually hereditary cases. There are an estimated 27,800 people living with younger onset dementia in Australia.

MYTH #4: Is the first symptom of Alzheimer’s disease memory loss?

Memory loss may or may not be an early symptom.

Other things to look out for include:

MYTH #5: There is not much we can do to prevent Alzheimer’s disease or any other dementia.

This is the biggest myth of all! A major review has recently confirmed that HALF of all cases of Alzheimer’s disease could be prevented if we implemented the following 12 risk-reduction strategies:

Please forward this Health-e-Byte to anyone who wants to prevent dementia. 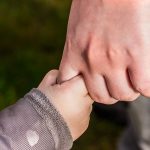 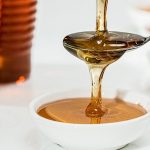