In 2010 Helena Popovic’s mother died and Helena was left wondering what would happen to her father, who was grief-stricken and suffering from dementia. Matters were taken in hand when her father informed his only child that he would die if he didn’t live with her. Two years later Helena Popovic has written about being her dad’s carer and the steps she’s taken to try to defy his dementia. 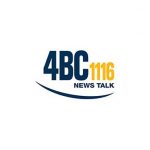 Dementia, we need education – 4BC Afternoons with Sally and MurrayRadio